On October 11, 2017, former Prime Minister of Japan Mr.Yukio Hatoyama met with Mr.Boqing Zhang, Chairman of the Board of the Beroni Group. The two sides exchanged views on the development of human health projects such as bio-medicine, precision medicine, medical care and aging, regenerative medicine and stem cell fields. 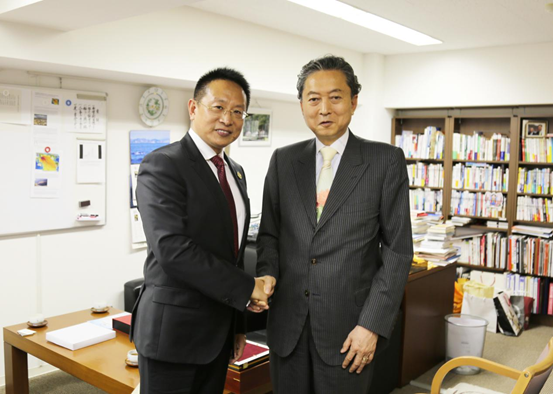 Mr. Boqing Zhang expressed his admiration to Mr.Yukio Hatoyama and said that the “fraternity” thought launched by Mr. Hatoyama Yukio has promoted the relationship friendly development and made great contributions to the science and technology and cultural communication between China and Japan. 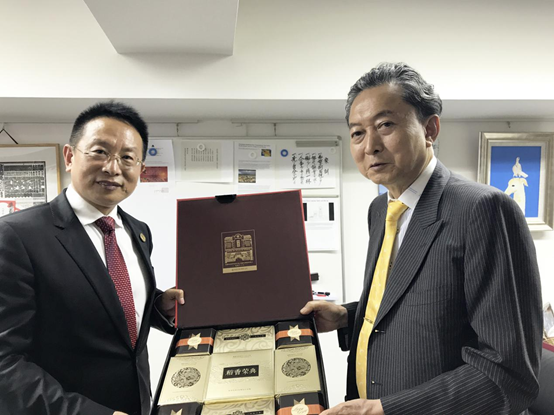 Mr. Boqing Zhang warmly invited Mr. Hatoyama Yukio as a distinguished guest to attend the First International Forum on Precision Medicine ＆Medical Care and Aging, which will be held from December 5 to 7, 2017 in Tianjin Yingbi Hotel, China.The Forum is prepared in the intention to improve international communication and cooperation in the field of bio-technology, precision medicine, medical care aging , regenerative medicine and stem cells. More than 70 professors and experts will take part in this Forum, who come from China, USA, Australia US and Japan.

Mr.Yukio Hatoyama showed his willingness to participate in the forum and expected that Beroni Group continue to strive for promoting science, technology, cultural communication and cooperation between China and Japan. 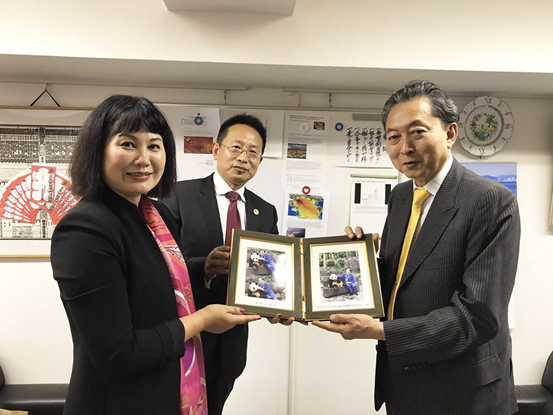 Mr. Boqing Zhang said that the Beroni Group will focus on the internationalization development in precision medicine and medical care aging field and actively promote cooperation and innovation with Japan’s biotechnology companies to make contribution to the cause of human health.