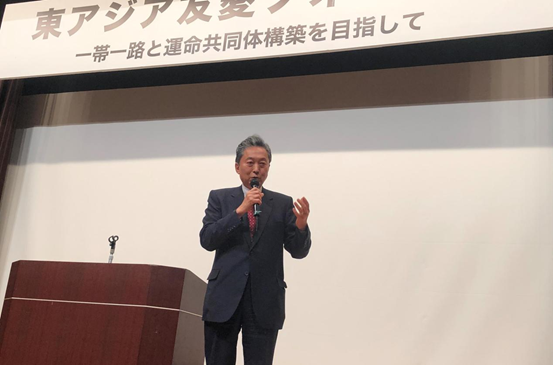 Tokyo-9th April, the representatives of Beroni Group attended the “Japan-China Belt and Road Fraternity Forum” organized by East Asian Community Research Institution and Belt and Road Institute of Beijing Normal University. With the theme of “Building a Community with Shared Future for Mankind Forum”, the issues of world peace and development were discussed in the forum.

The Belt and Road Initiative is an important path for friendly exchanges between China and countries involved in this initiative. It advocates cooperation under the equal cultural identity and reflects the spirit of “understanding, tolerance, cooperation and mutual benefit”. “Japan-China Belt and Road Fraternity Forum” reflects the high sense of identity between China and Japan on the Belt and Road Initiative, as well as the understanding and tolerance of cultural differences.