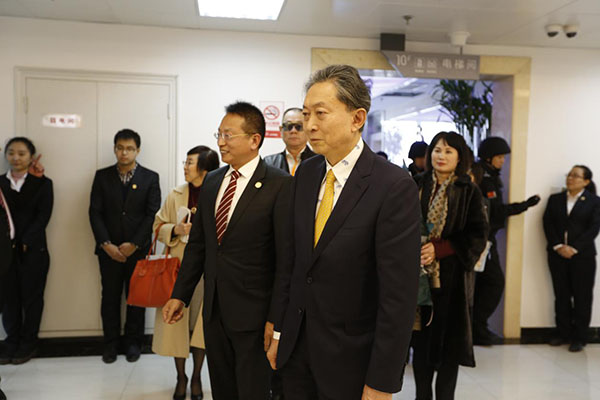 On 6th December, 2017, Japan’s former Prime Minister, Yukio Hatoyama was invited to attend “The First Precision Medicine＆Medical Care and Aging International Forum”, and in the interim, he came to Zhongbei High-tech Industrial Park of Tianjin to visit the China headquarter of Beroni Group. The chairman of Beroni Group, Mr. Zhang Boqing, the members of the Board and the top managers of Beroni Group gave Yukio Hatoyama a warm welcome.

During the visit, Chairman Zhang Boqing gave a brief introduction of Beroni Biotechnology Co., Limited which was established on 21 of May 2014 and in the charge of Beroni Group. He said, since the time of the establishment of the company, Beroni have made an international strategy in the area of biotechnology, life science, environmental science and protection and Big Data in the health care industry. Up to December 2017, Beroni has obtained and is applying for nearly 140 IP. On 12th May , 2017, the company listed on National Stock Exchange of Australia. Now, Beroni Group has been becoming an multinational company which its business have spread.

Yukio Hatoyama, the Japan’s former Prime Minister, expressed his appreciation after listening the introduction. He said, Beroni has played a leading role in the field of technological innovation and science and technology achievements transformation, especially the product, Nicobloc, which has the meaning of “love”. He also said “the development of human beings should pay more attention to the “friendship”, the friendship between people, man and nature,  nations and nations, to create a harmonious community together. It is the connotation of China’s development. At the same time, the former Japanese Prime Minister Hatoyama Yukio made his “friendship” principle, including: mutual respect, mutual understanding and mutual support.”

After that, Yukio Hatoyama visited the exhibition hall, he was very appreciated after seeing so many products, and was moved by the charity for the mentally handicapped children. He said, Beroni is a company with social responsibility, it will to be a great company, and he will strongly support its development in the road of internationalization. 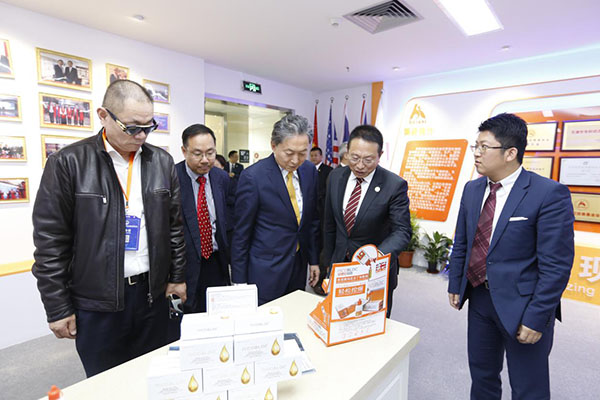