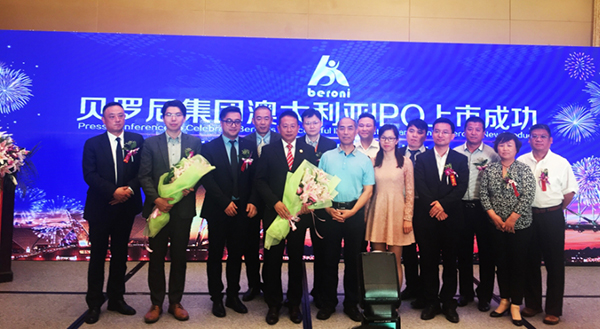 Ever since the beginning of Beroni Group’s listing process in Australia, it has made great improvements in the standardization of finance, law works and business level, which help it win the heart of numerous investors and investing institutions. After its formal IPO in Australia, Beroni Group promised to keep standardizing its management and expanding global market. Chairman Zhang Boqing said that he would develop Beroni Group into a listing company of 10 billions market value in the following three years in return for the supports of its shareholders, employees and the whole society.

Chairman Zhang Boqing expressed in the interview that the NICOBLOC product line of the company has been very mature. Because of the severe air pollution in our nation, the company will start to focus on the layout and development of FOGIBLOC product line in the future.