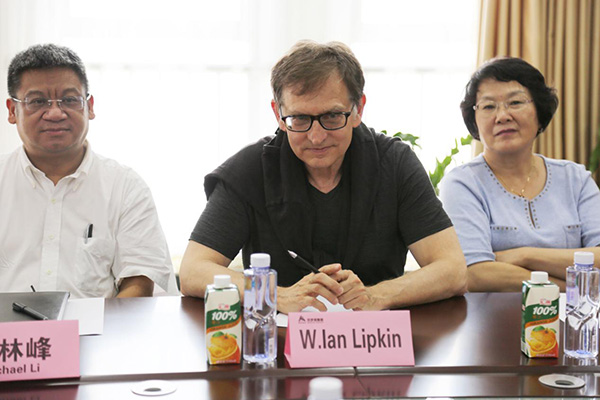 Walter Ian Lipkin, Professor of Epidemiology, Neurology and Pathology, Director of Center for Infection and Immunity of Columbia University is internationally recognized as an authority on the use of molecular methods for pathogen discovery. He won the China International Science and Technology Cooperation Award in 2015, and was dubbed the “World’s Most Celebrated Virus Hunter” by Discover. During the 2003 SARS outbreak, Professor Walter Ian Lipkin assisted China to fight SARS and donated 10,000 test kits to China, which effectively promoted the cooperation between China and USA in the field of SARS and finding effective therapy to defeat SARS.

The two parties held business talk about the research progress and development trend of ArboViroPlex rRT-PCR Test Research Program. Both parties are satisfied with the latest progress. In the future, the achievements and patents of the program will promote Beroni’s innovative strength, so the two parties would further accelerate the research and development process of the program, and promote the transformation of its achievements by taking the advantages of cutting-edge medical research equipment and scientific researchers with rich clinical trial technologies.

During the visit, Professor Walter Ian Lipkin shared his experience in the field of infectious immunology and gave some suggestion, which is benefit for further cooperation between Columbia University and Beroni Group and promoting Beroni’s strength of scientific research and innovation.

Successful Conclusion to the Global Strategic Conference of Beroni Group