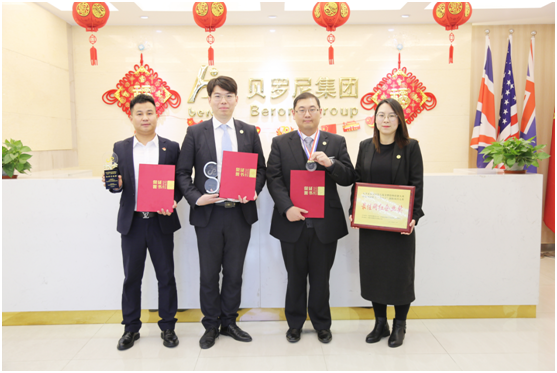 The purpose of this research project is not to directly kill the cancer cells in the patient’s body, but to inhibit angiogenesis and limit blood flow to the cancer cells by blocking the renin-angiotension system through commonly used and safe anti-hypertensive drugs AT1R inhibitors (ARBs). Limiting development of peripheral blood vessels and the supply of oxygen and nutrition to cancer cells will inhibit the growth of the cancer cells, reduce the chance of cancer recurrence and improve the patient’s survival rate, whilst not interfering with the general recovery of the patient, including their immune system.

Beroni China has won a total of four awards, through the unremitting efforts of the Beroni China’s R&D team during both the preliminary and final rounds. The project “Old Drug New Usage for Cancer Treatment” won the Second Prize for Innovation award. Beroni China won the award for “Innovation Capability” and also the award for “Special Contribution”. In addition, Dr. Wang won the “Star of Innovation” award.

Through participating in Tianjin Xiqing District’s Golden Technology Innovation Project Competition, Beroni China has learnt and grown in its development of a culture of innovation and creativity. This event not only successfully enhanced the company’s reputation and popularity amongst the large number of enterprises within the Tianjin Xiqing District, but also honed the research and innovation skills of the R&D staff. In addition, it has strengthened the spirit of unity and teamwork of the entire company and also its continuous commitment to achieving greater heights!